Marie Patrick Historical Romances
Marie is pleased to announce she is a regular contributor on Happily Ever After Thoughts (HappilyEverAfterThoughts). Come check out her thoughts on writing, reading and her love affair with books.

A Kiss in the Sunlight

Sheriff Teague MacDermott’s life has been on hold since the Logan Gang rode through Paradise Falls, killing and wounding many in an attempt to break one of their own out of jail. Four years later, he’s waiting for the last of the Logans to be released from prison and the fulfillment of a promised bullet in his back. So when a pushy journalist arrives and wants him to relive the most horrendous day of his life, he isn’t exactly happy.

In order to prove she’s a good journalist and win a coveted position on her father’s newspaper, Ryleigh Steele plans to write an in-depth story about Sheriff MacDermott and how he stopped the most notorious gang in Colorado. There’s just one problem—the enigmatic sheriff won’t talk about it. Neither will anyone else … and Ryleigh soon discovers she’ll have to make a choice―the story or the Sheriff. She can’t have both. Or can she?

A Kiss in the Morning Mist

Eamon MacDermott, former U.S. Marshal, hung up his guns after the tragedy that befell his family at the hands of the Logan Gang when they tried to break one of their own out of jail.

Believing he might have been able to stop the heartbreak before it ever happened, he blames himself for the death of his brother, his brother’s wife and their son. Not even being shot and left for dead by Tell Logan is enough to exonerate him in his eyes…until he meets Theodosia “Theo” Danforth.

Widowed and running Morning Mist horse farm with the help of her extended family and friends, Theo befriends Eamon with her unshakeable belief that everyone needs kindness. Even Eamon. The problem is convincing him he is worthy.

Can he forgive himself and let the past remain in the past? Or will he pick up his guns again to face the man who nearly killed him and risk losing Theo?

A Kiss in the Shadows 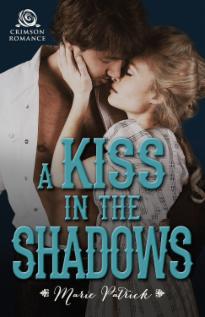 Danger and redemption lurk in the mountains of New Mexico. A killer with no conscience is on the loose, one who seems to be one step ahead of the law.
Sheriff turned Bounty Hunter Brock MacDermott knows exactly what Zeb Logan is capable of because he has the scars to prove it. In an ambush eighteen months ago, Logan killed Brock’s brother, sister-in-law and their son. Brock has never forgiven himself for failing to keep them safe. Driven by his single-minded mission to find Logan and make him pay, hoping that by doing so he can finally find peace, he rides from town to town on his lonely quest—always careful to keep emotional attachments at arms length…
…until Stevie Rae Buchanan insists on joining him. She upsets his careful plans with her kindness, courage and strength of mind, making him long for a different life, one with her by his side. But she, too, has seen first hand what this ruthless killer can do and she’s determined to stop him, with or without Brock’s help.

Angel in the Moonlight 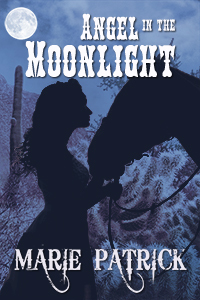 CALLIE MAXWELL grew up knowing she'd inherit Los Arcos Iris, the family ranch in Territorial Arizona, but she didn't expect it to be under such cruel circumstances - a brutal attack, which leaves her parents dead and her sister struggling for survival. Nor does she expect to fall in love with AUSTIN KINCAID, the by-the-book U.S. Marshal sent to solve the murders. When Austin orders her not to interfere with his investigation, Callie becomes more determined than ever to find the men responsible for the violence committed against her family. As the Angel of Justice, her alter-ego, she rides in the moonlight, seeking retribution and daring the killers to try again even as she tries to keep her midnight rides a secret from Austin.
Haunted by the memory of a woman he lost not once but twice - first to the love of another man then to a tragic mistake which led to her death - Austin is a man shackled by the self-imposed rules he uses to protect his fragile heart. Is Callie the woman with enough love in her heart to shatter his rules and let him love again?
Mischief and Magnolias
Amazon
Crimson Romance 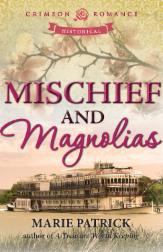 In 1863, Natchez, Mississippi, peacefully surrendered to the Union Army. Several homes in the city are commandeered--Airlie becomes a hospital, Rosalie becomes the Union Army headquarters—however, not everyone surrenders peacefully, especially Shaelyn Cavanaugh. With both her brother and her intended off to war, her home, Magnolia House, is taken over by Major Remington Harte and his small contingent of men. Shae will use every mischievous weapon at her disposal to show Major Harte he has chosen unwisely. She begins by putting vinegar in his coffee…
Wounded by a sharpshooter’s bullet that nearly took his life and unable to continue scouting for the Union, Remy has taken the assignment to transport supplies and troops utilizing the Cavanaugh steamboats. He is determined to do two things--find the persons responsible for ambushing his scouting party, leaving most of his unit dead and him with a painful limp--and extend kindness to those around him, grateful he is simply alive. Instead of being upset at finding vinegar in his coffee and molasses in his boots, Major Harte is intrigued. Actually, he finds all of Shaelyn’s attempts to make him leave her home amusing, to her disappointment and frustration.
What the Major does feel is a growing attraction, one that Shae shares as well, despite the fact she is a spoken for southern woman and he is most definitely an available northern man. Making circumstances worse are accusations of espionage toward Shae and Remy’s ultimate betrayal—by one of his own men.
A Treasure Worth Keeping

Amazon
Crimson Romance
Caralyn McCreigh and Tristan Youngblood learn that love is more valuable than gold in Treasure Worth Keeping.
Caralyn believes she can buy herself out of a marriage she doesn’t want to a man she doesn’t know…if she can find Izzy’s Fortune. Toward that end, she hires Captain Trey, the legendary treasure hunter to help her. Captain Trey, AKA Tristan Youngblood, future Earl of Winterbourne, agrees as he realizes this may be his last adventure before he must return home to an arranged marriage. What neither one of them knows is that an enemy of Tristan’s past is determined to have Izzy’s Fortune for himself and will do anything to make that happen, even thwart the plans of Caralyn’s and Tristan’s meddling fathers who want their children to find true happiness.
A Good Man For Katie
Amazon
The Wild Rose Press 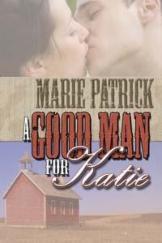 When Chase Hunter rode into Crystal Springs, Arizona Territory, with his pistols tied down around his thighs in gunslinger fashion, he was labeled an outlaw--a title he allowed to remain while he tries to discover who stole the army’s rifles and killed his brother…if he can keep the new schoolteacher, Kathryne “Katie” O’Rourke from stumbling into the middle of it all.
Accused of being a thief’s accomplice, Kathryne journeys to Crystal Springs and her sister, hoping to escape the scandal she left behind. She has a history of falling for the wrong men and vows to stay away from them, but that promise is hard to keep, especially when Chase comes to her rescue time after time.
Katie can’t help falling in love with Chase, but will she risk another scandal to stand up for him? Can the wrong man be the right one? 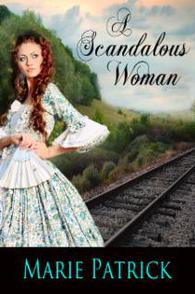 A Scandalous Woman
Amazon
Whiskey Creek Press
Jovanna Darling knows exactly what she wants from life--excitement and adventure. With her flair for accents and disguises, she hoodwinks her brother, who runs the Darling Security Agency in Galveston, into letting her become one of his agents. Against his better judgment, and behind their father’s back, she becomes one of his best operatives.
After his newly purchased and renovated railroad is robbed four times in two months, Braeden MacAllister thinks someone may be out to ruin him financially. The morning he decides to hire Darling Security, he is almost run down in the street by an out of control wagon. Now he thinks someone may want him dead.
When Braeden meets the charming Jovanna Darling, he has no idea she will be the woman who not only solves the mysteries, but changes his whole idea about love. 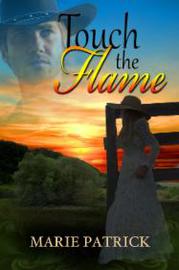 Legend says that when the beautifully flawed diamond, the Flame of Aphrodite, is given and received with love, it will bless two souls with everlasting passion from this lifetime into the next. Legend also says the infamous diamond can bring misery, obsession and death when no love is involved in the giving or receiving.
REESA BEAUMONT knows first hand of the legend. When she witnesses the murder of her husband by a man obsessed with the Flame of Aphrodite, the crime is so brutal she runs away, unable to face the memory though visions of blood and a dead man haunt her.
SPENSER CHANNING knows nothing about diamonds but he does know when someone needs help. When he finds a woman on his ranch—battered, bruised and near death—with a fortune in diamonds in a pouch tied around her waist, a bracelet around her wrist bearing the name ‘REESA’, and no recollection of who she is, his natural instincts take over and he vows to protect her. As a former Texas Ranger, Spenser knows he should turn his mystery woman over to the authorities. He believes, given enough time and patience, Reesa’s memory will return and with it, an explanation of the diamonds he found in her possession. Until she does remember, the diamonds remain a secret, a burden on his heart he finds hard to keep yet harder to reveal. As Spenser falls in love with Reesa, he realizes something else, too – no matter what she’s done, he doesn’t want her memory to return, for if it does, she just might break his heart.
Stayed tuned. Marie will post additional information as soon as it becomes available.